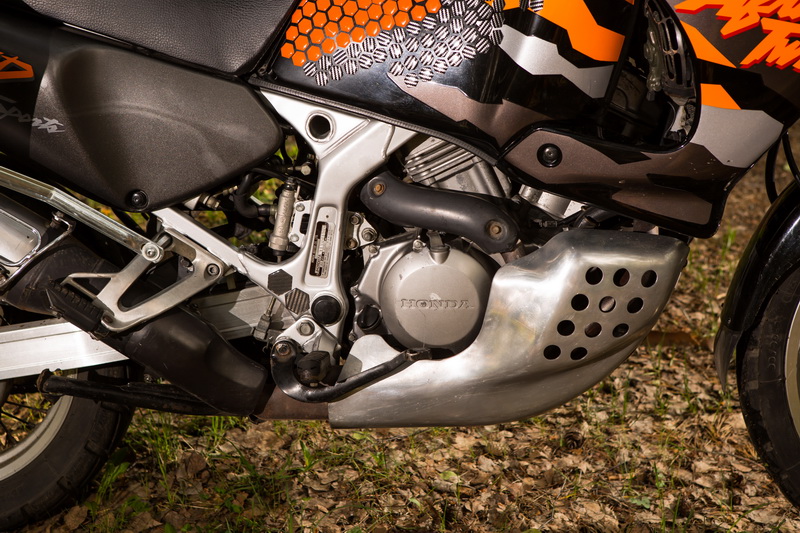 Why does my bike jerk when I accelerate 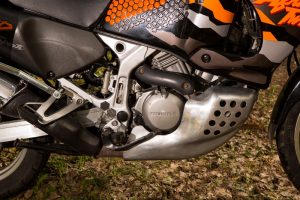 When the motorcycle accelerates on all gears, but primarily on the lower ones, jerks occur, accompanied by a characteristic crackling in the engine or in the rear chain transmission (the second is much more common). The motor or rear chains are badly worn. If we are talking about a motor one, then you can’t do it without replacing it (with simultaneous replacement of the drive sprocket, and sometimes the clutch drum), because this mechanism does not have any adjusting elements.

The rear chain drive is adjustable. If the target has not yet fallen into disrepair but is simply weakly stretched, it is enough to stretch it accordingly. But do not rush to take up the keys, think for a minute. Most often, it is not by chance that the chain jumps over the teeth of the sprocket not along its entire length, but in some part. The reason is usually that it wears out unevenly (see figure), sometimes extremely unevenly. Some links are preserved better, others are worse, and if the chain is old, it is often possible to see bushings with through wear of the walls, half-worn fingers, sections without rollers, etc. Of course, such a chain is changed when there is a new one at hand. And what does a motorcycle tourist do when he finds (to his shame!) such a chain a thousand kilometers from home?

Here, as experience shows, you can do this. First of all, they take care that the chain can work more evenly, without any special jerks. This means that there should be no significant difference between heavily worn and poorly worn sections. How to do it? The chain is removed and, having gained patience, methodically riveted, trying to complete the links so that good fingers get into the badly worn bushings and vice versa. The work is painstaking, but it allows you to ensure that the chain on the move no longer tears the teeth of the sprockets in some areas. Further, if there is no part of the rollers, they try to distribute these “holes” more evenly, so that there are not two or more nearby, otherwise, neighboring rollers will begin to split from overload at this point. If all this is not done, in many cases it is not possible to pull the chain more or less acceptably – in some places, it will be weakened to the limit, and in another, it is stretched so that it can burst with the full course of the wheel suspension.

And the last thing they do in such emergency cases is to remove two links, this is when there is nothing to pull the chain with – there are not enough adjusting capabilities.

Then, as with the adjustment of a serviceable circuit, proceed as follows. By touch, its position is found in which the sagging is minimal, and only in this position, if necessary, it is pulled in accordance with the instructions. Failure to comply with this simple rule usually results in either rapid wear of the power transmission or even a chain break on an uneven road when it is stretched beyond the permissible.

When driving on the rise or when accelerating the motorcycle, jerks occur, accompanied by a knock in the gearbox. This usually happens on one of the gears, while others can work normally. Sometimes observant motorcyclists noted that at first, the knock occurred only when the engine was not yet warmed up, and then disappeared. These are signs of an extremely unpleasant “disease” of the gearbox.

The fact is that in order to carry out one or another transmission in different box designs, two adjacent gears or gears with a shaft are engaged (connected into a single rotating block), either by means of end protrusions – cams, or shaft and gear slots. Regardless of the design, there is one reason here – wear (rounding, chipping, crumpling, etc.) of the edges of the cams or slots. In some boxes, the axial stroke of the gear to turn on the transmission is measured in only 3-4 millimeters, and if the edges are rounded, the engagement of the gears becomes unreliable. When, as a result of wear, the first, barely noticeable bevel appears on the cams, they can still work for some time if the friction forces holding the block in the interlocked state are sufficient. Hotter, more liquid oil provides higher friction, and on cold, thick, the beveled cams already slide, and the parts, overcoming the rigidity of the gearshift fork, are disconnected. There is a sound similar to that made by a ratchet and does not promise anything good.

Who is to blame? Sometimes the manufacturer. And often the owner of the car himself. Inept, rough gear shifting is not news. The misaligned clutch is also.

You can’t drive with such a box, emergency repairs are needed. This work is one of the most difficult on the two-stroke motorcycles known to us because, in order to get into the box, you have to disassemble the entire engine.

What is the repair? There are craftsmen who are able to repair damaged parts. But it’s not about them. These measures are not available to most motorists. Therefore, damaged parts are replaced with new ones and at the same time carefully check and adjust the box.

In conclusion, one more phenomenon should be mentioned. Although the designers carefully calculate and test the motorcycle, there may be situations when you find it oscillating with a rapidly increasing amplitude. Do not test the motor and its systems for strength, but urgently change the driving mode, that is, add or reduce the gas or turn on another gear. And in the future, just avoid this mode.

We have considered here only the main, most common causes that cause interruptions and jerks of the motorcycle. In practice, there are also those over the search for which you have to break your head. It is they who create that priceless baggage, which is called experience.

Motorcycle jerks on the move: reasons

It is not so easy to determine the causes of interruptions in the operation of the motorcycle engine. First of all, you need to understand exactly when the engine starts to “fail” – at high, medium, or low speeds, and possibly after washing. It is wrong to think that any interruption in the operation of the engine is associated only with the fuel system or the instability of the spark in the candles. Just the same, the candle, if it fails, is quickly oiled and the engine either turns into a single-cylinder or stops starting altogether, the motorcycle stops and does not go jerkily.

It is necessary to look for a malfunction and ways to eliminate it in each specific case – let’s look at them.

If the motorcycle jerks at medium speed.

The first step is to check the flow of gasoline and eliminate all blockages. Which may prevent its entry into the combustion chamber. To do this, you can rinse the nozzles, replace the air filter, disassemble and recheck the gas pump, and clean or replace the fine filter.

It would not be superfluous to check the ignition system. Make sure that all contacts are in order, nothing falls off, and does not close on the move or from shaking during trips (for example, the capacitor is normally fixed or there is no breakdown in the insulation of the coil).

If the motorcycle jerks at low speed or when the brake is pressed.

Please note, if the engine is working normally during normal driving, and when you press the brake handle, the cylinders start working alternately, you should start looking for a problem with the battery. It is possible that it is very discharged, and when another energy consumer is activated in the circuit, that is, the brake light bulb, the charge is simply not enough to supply a stable spark. And the generator at low speeds is simply not able to provide sufficient battery charging. What to do about it? Check the electrical circuit, all relays, and generator, and test the battery (replace the worn one).

This is a fairly common malfunction, characteristic of some domestic motorcycles and it occurs not only because of a specific problem in the electrical circuit but also because of the design features of the units.

If the motorcycle jerks at high speeds.

At high engine speeds, any failure is felt very clearly. If the engine stalls for a second or two during acceleration, and then abruptly starts working, you need to make sure that the normal level of the fuel mixture is maintained in the carburetor. Your goal is to make sure that there is enough fuel in the carburetor float chamber, and that the main line and jets are not clogged with garbage. Also, check the air vent of the plug, it should allow air to pass freely.

It happens, on the contrary, the carburetor is not dry, but literally filled with gasoline. Most likely, the needle valve of the float chamber or the float itself has failed. To drive with such a malfunction is fraught with serious engine failures, so it is better to eliminate the disorder immediately.

If the motorcycle jerks on the move, suddenly.

If the engine has always worked smoothly, and then suddenly it started to fail, and these failures are not related to gear shifting, first of all, make sure that the air cleaner is working properly. It happens that quite large debris or a rag from under the seat gets into it, and this interferes with the normal operation of the air filter.

If the motorcycle started twitching after washing.

Special attention should be paid to the main jet inside the carburetor. Sometimes, water gets into the highway and acts as a plug, then closing, then opening the way for the fuel mixture.

It also happens that the entire fuel system, electrical circuit, and ignition are in perfect order, but the engine still works intermittently and with a bang. Experienced motorcyclists note that sometimes the cause of interruptions are bullies on the cylinders, which can only be detected with the help of an endoscope. Therefore, be attentive to your vehicle!

Why there is a firing sound from the silencer of a bike?